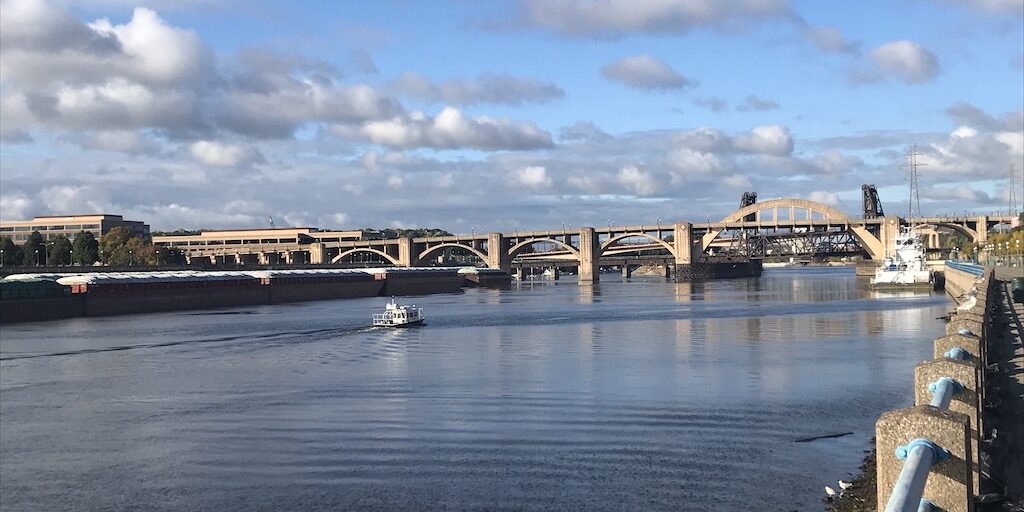 Seaside Engineering and Surveying recently performed data collection and bridge mapping for the Inland Electronic Navigational Charts (IENC) in Kansas City, MO; Omaha, NE; Little Rock, AR, Memphis, TN and the Rock Island District in Illinois. SEAS surveyed over 25 bridges in six states. The survey crew was able to accomplish a lot, including surveying over 3500 miles in seven days!
SEAS is contracted through numerous districts to participate in the maintenance and updating of the charts used by the public. The main benefit of these charts is to allow for safe travel in and over the U.S. waterways. Prior to the 2001 establishment of the IENC, there were many devastating accidents including the 1993 Big Bayou Canot Bridge accident in Mobile, AL, which could’ve been avoided if they had had access to charts.
SEAS collects data for the charts using Teledyne Optech’s Lynx SG- a mobile device that consists of a single, light-weight lidar/camera and a Lynx SG-S sensor. This particular sensor makes 600,000 measurements per second with and spreads them over a 360° view at 300 lines per second at highway speeds.
Category: UncategorizedBy Shiana YoungbloodDecember 16, 2020

SEAS is pleased to announce, we have expanded to Memphis, Tennessee!
November 15, 2019
Recent News
Contact Us
Leave us a message.
Go to Top